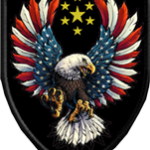 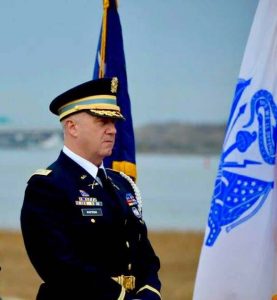 SUMTER, S.C. — Brigadier General Richard R. Patton was sworn in to be first Commanding Officer of the U.S. Patriot Corps. BG Richard Patton earlier this week took the helm as commander of United States Patriot Corps. He will be the first commander to lead the newly formed organization.

On November 18th Patton was sworn in and took the Oath of Command in Sumter S.C. at the U.S. Patriots Corps Head Quarters. The United States Patriot Corps Board of Directors approved his nomination, and he was confirmed by the membership of the Patriot Corps.

BG Patton was the 2nd Brigade (Highland Brigade) Commander in the South Carolina State Guard and retired in January earlier this year.

Brigadier General Patton has over 30 years of Military Service and is highly skilled at working with National, State and Local Agencies during Natural and Man-made Disasters and in times of need. BG Patton also takes to heart that the men and women of the U.S. Patriot Corps be well trained and outfitted to handle the missions that arise.

Patton is also the Military Liaison for the Patton Foundation which preserves the legacy of General George S. Patton, Jr and Family.