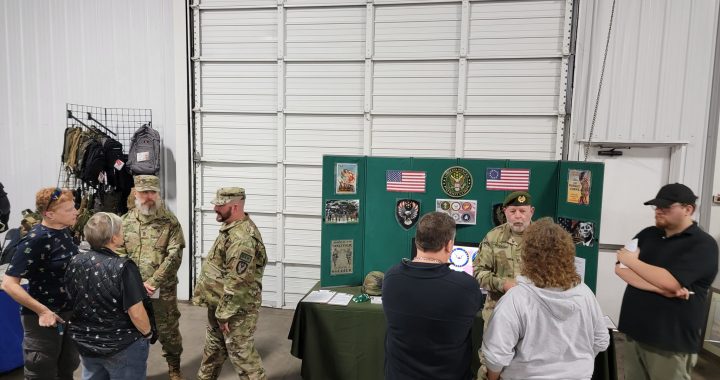 COLUMBIA, S.C. — The United States Patriot Corps held a recruiting event in Columbia, S.C. at the Columbia Gun & Knife Show held at South Carolina State Fairgrounds and hosted by Mike Kent and Associates. It was truly a great turn out and members of the Patriot Corps made several new friends and connections that are interested in joining the USPC and also helping in different ways. They also made several contacts that want the Patriot Corps to help them in their local communities with things like Search and Rescue, Security at events, Military Funeral Services, etc…

Sergeant Major of the Patriot Corps, Christopher “Hammer” McKeown said “Today has been an awesome event for the United States Patriot Corps, in recruiting and networking. I have to say this has been one of the busiest interacting events that I have ever attended. So many people want to know more about the U.S. Patriot Corps. We have people who have joined today and many people put in applications to join. We have several people with unique skill sets that want to come and help train our members and we have others that want our help in several areas. Really a great event.”

If you are having an event and would like the United States Patriot Corps to participate you can contact them at admin@unitedstatespatriotcorps.org.